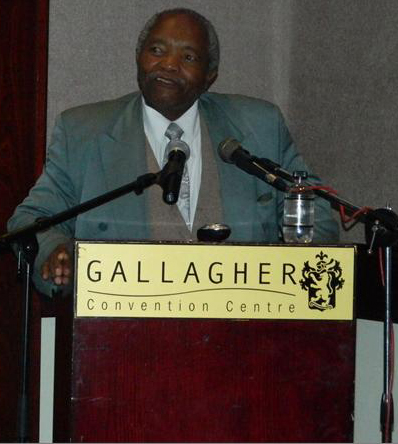 New Jerusalem Children’s Home chairman of the board, Mark Shinners.

The meeting was held at Gallagher Estate in Midrand on 11 October 2014.

The home’s CEO, Anna Mojapelo was proud to announce their Helios and Vesta bakery was officially opened on 29 August. Mojapelo was glad to report the bakery had received a lot of support from the community in President Park in which it is based.

“We are now supplying four institutions with bread, including a school and another children’s home in the area.”

The bakery is a means to an end for the home.  Mojapelo reiterated her statements in the story on

Midrand Reporter’s website, New Jerusalem on path to independence, as the home continues to try and become self-sufficient.

The home’s chairman of the board, Mark Shinners was also proud of what the home had achieved during the 2014 financial year. He thanked all their donors for making it possible for them to function.

“Year after year, this home develops. This is important when dealing with children,” he said