Posted on January 7, 2015 by Emmanuel Shoroma 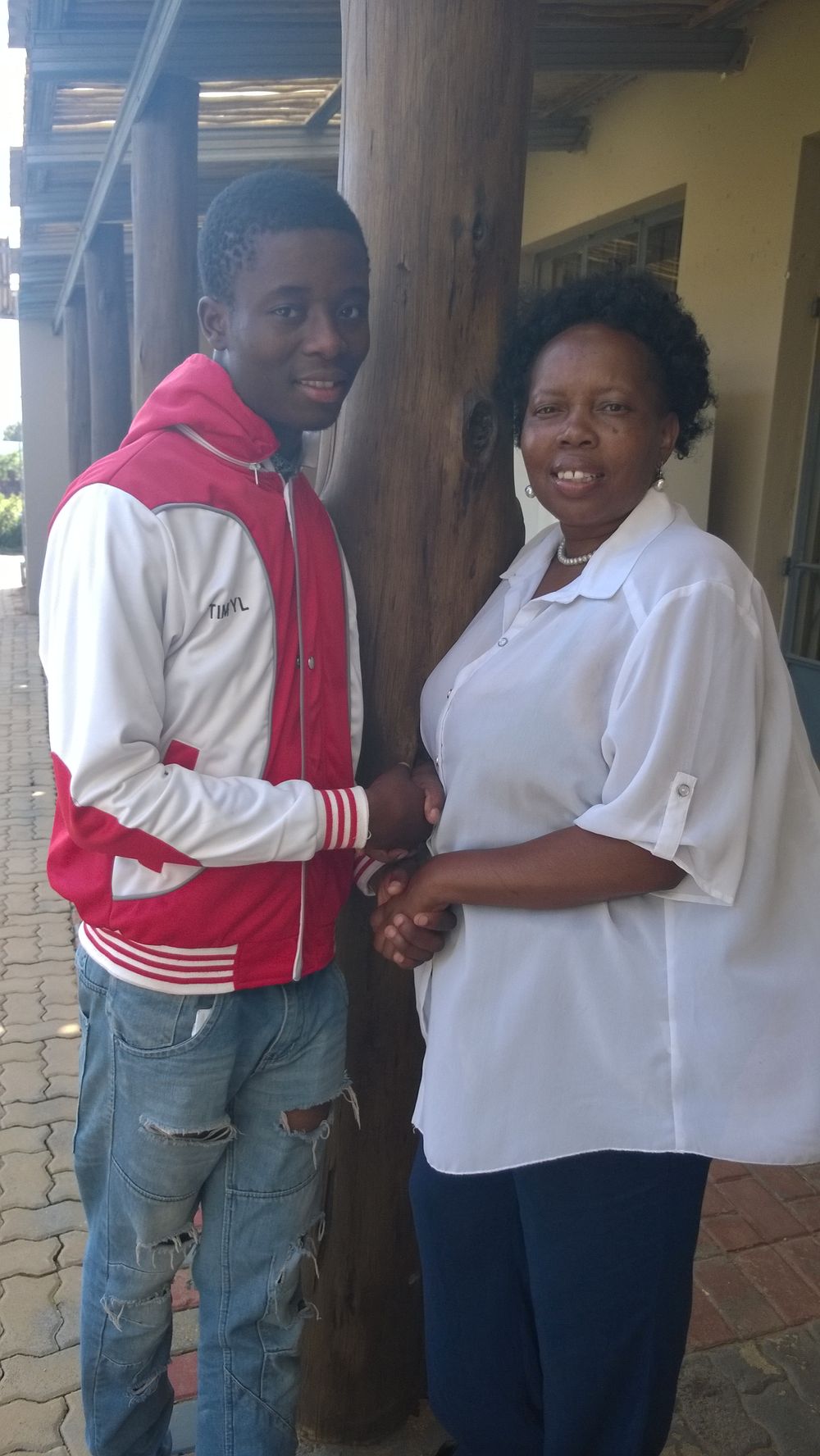 Morning of the 6th January 2015 was awaken by sounds of ululation; dance rhythms, joy and tears of glory on Chief Operations Officer’s face, Phina Mojapelo and care workers of NJCH including the management committee of the organisation when an ID number of Thembinkosi Mabuza was found on a Matric results list published on newspapers. Screaming ‘Yes’ and air-punching, jumping with excitement, tears rolling down his face, man of the moment, Thembinkosi Ivan Mabuza, could not believe his dedication, staying up till late during his grade 12 examination period has finally paid out and earned him a key to possibilities and greater heights.

Thembinkosi Ivan Mabuza born in 1996 June 13; a down to earth young man who has never seen his biological parents nor heard of their whereabouts has made New Jerusalem Children’s Home proud by being the first child in the organisation to pass his matric and earn a senior certificate, his performance has once more proved his passion and dedication in bettering his life. In 2011 he was selected to visit Glasgow the largest city in Scotland, and the third largest in the United Kingdom for sports development training, during his matric year, 2014, he designed a jacket for all Ponelo Pele Oracle Secondary School matric class.

Themba is the eldest son of New Jerusalem Children’s Home; a humbled self-starter, passionate in graphic design and sports management who has applied to study Graphic Design at the University of Pretoria. Emotionally moved, Themba states “despite me not knowing my parents or getting a hug from my mother/father on this day, my heart is filled with joy for being a brother to my many siblings and making all those who gave me love, support and raised me to be the achiever I am today. I believe my steps will not end here, I need to get an education, preferably a degree in Graphic Design. I want to continue to smile to the world which cares about people like me as evidenced by the support I received I have received through NJCH”, said Themba.

New Jerusalem Children’s Home is an NGO based in President Park/Midrand, taking care of the orphaned and vulnerable children. We would like to invite you to donate/sponsor towards Themba in furthering his studies. “Him being the first child to do and complete matric has given us pride and assured the world that we are not only an orphanage, we are home and have every parental desire for our children to succeed. it’s unfortunate we do not have money to finance his studies and for that reason we are asking communities art large to donate/sponsor his studies”, said Mme Phina Mojapelo, NJCH can be contacted on 010 224 0460 or www.newjerusalemchildrenshome.org