Cheers to the Omega Digital 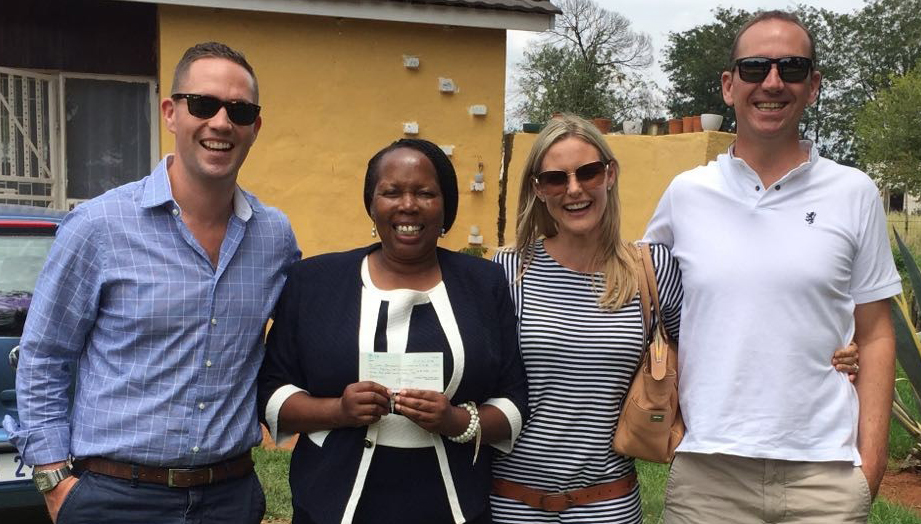 Three cheers to the Omega Team. This past week, Omega paid New Jerusalem Children’s Home a visit and as though what they have kept doing in the past wasn’t enough they unexpectedly blessed the home with a generous cash donation. Their timing so coincided with the month of love and so it is of no surprise that those were the emotions they were trying to convey. The visit which was spear headed by -their CEO, Mr. Stephan Kellaway accompanied by his beautiful wife Lara Kellaway and NJCH Co-Founder Phina Mojapelo was used as an opportunity to catch up on recent developments at the home to which he was blown away at the pace of change experienced within the home.

The relationship between Omega and the home goes beyond the more simplistic boundaries of donor and beneficiary. It was Lara Kellaway who initiated entry into NJCH back in 2008 along with Phina Mojapelo and helped to give a deceased mother of one of NJCH children a dignified funeral. Since that time things have grown and morphed into what they are now.

Today the relationship likens itself more to a loving older sibling and younger sibling in which Omega being the older sibling is always concerned and looking out for the welfare of its younger one, New Jerusalem Children’s Home. Omega Digital has cemented itself as one of New Jerusalem’s corner stones in the unending support spanning close to a decade. And so we can only count ourselves blessed to have such a unique individual such as Stephan and his amazing company in our lives.

New Jerusalem Children’s Home would like to send out a big thank you to the lovely folk from the Omega Digital Team. You really are a shining example of how a company and social entity can co-exist and relate beyond the simple and common placed channels of sponsorship. SO once again, three cheers to the Omega Digital Team!

← Guilty as charged
What keeps you going? →