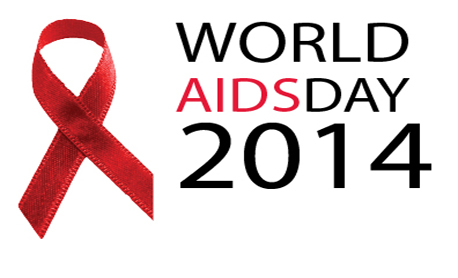 The first of December marked the internationally renowned day dedicated to mark the HIV/AIDS pandemic that has plagued the world for decades.

New Jerusalem was sure to take part in this special day as the organization proudly helps in awareness campaigns towards HIV/AIDS  prevention. The day ensued with a special 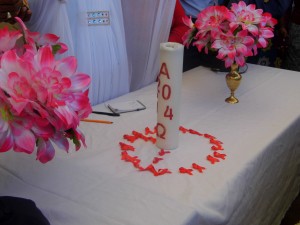 event in which the SAPS and LoveLife South Africa were guests. Midrand police commander ‘Colonel Moodley’ and New Jerusalem COO and Founder Phina Mojapelo led the event with their various addresses to the crowd. Children were given vital talks surrounding the disease with key messages towards responsible behavior and avoiding making mistakes that have led to the loss of so many lives in Africa.

New Jerusalem takes a strong stance in promoting awareness of HIV/AIDS while conducting campaigns teaching people about its prevention and engaging in a side often neglected by most lobbyists which is the reduction of stigma aimed at those unfortunately positive with the disease. The organization prides itself in protecting rights of not only children but believes that by addressing the problems caused by un safe sexual behavior leading to disease, then it will be indirectly addressing the problem of children becoming orphans due to loss of parents to disease such as HIV/AIDS.

This year South Africa marks the 23rd anniversary of World AIDS Day by unveiling the new HIV and AIDS, STI and TB (HAST) National Strategic Plan (NSP) 2012-2016. The NSP sets out the strategic priorities for dealing with the dual epidemics of HIV an TB in South Africa. It is a culmination of extensive consultation with a range of stakeholders, driven by the South African National AIDS Council (SANAC)

The global theme for the World AIDS Day Campaign is “Getting to Zero”, which echoes the UNAIDS’ vision of achieving “Zero new HIV infections. Zero discrimination. Zero AIDS-related deaths”. This theme seeks to encourage individuals and communities to have non-discriminatory and non-judgmental access to adequate HIV, sexually transmitted infections (STIs) and tuberculosis (TB) prevention, treatment, care and support.

What is World AIDS Day?

World AIDS Day is held on 1 December each year and is an opportunity for people worldwide to unite in the fight against HIV, show their support for people living with HIV and to commemorate people who have died. World AIDS Day was the first ever global health day and the first one was held in 1988.

Why is World AIDS Day important?

Today, many scientific advances have been made in HIV treatment, there are laws to protect people living with HIV and we understand so much more about the condition. But despite this, people do not know the facts about how to protect themselves and others from HIV, and stigma and discrimination remain a reality for many people living with HIV. World AIDS Day is important as it reminds the public and Government that HIV has not gone away – there is still a vital need to raise money, increase awareness, fight prejudice and improve education.

What should I do on World AIDS Day?

World AIDS Day is an opportunity for you to learn the facts about HIV and put your knowledge into action. Find out how much you know by taking quizzes online: Are you HIV aware? Test your knowledge and awareness by taking the quiz by searching world aids site online and act aware by passing the quiz on and sharing it with your friends on Twitter and Facebook.

If you understand how HIV is transmitted, how it can be prevented, and the reality of living with HIV today – you can use this knowledge to take care of your own health and the health of others, and ensure you treat everyone living with HIV fairly, and with respect and understanding.

You can also show your support for people living with HIV on World AIDS Day by wearing a red ribbon, the international symbol of HIV awareness and support.

But what about after World AIDS Day?

New Jerusalem encourages that the public join it and help fight this prevalent problem amongst our society so generations to come can look back and say ‘You made the world a better place’. Thank you.