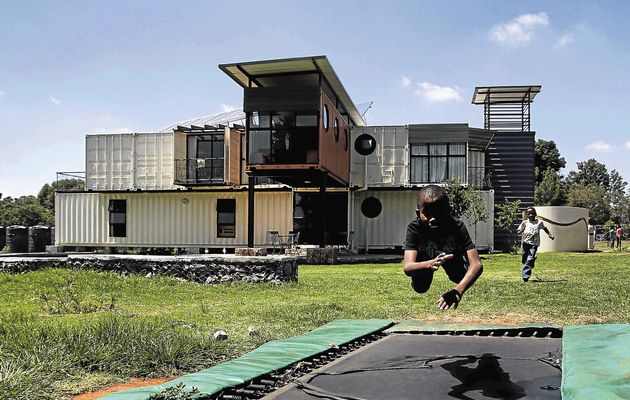 Twelve-year-old John recites his poetry at the New Jerusalem Children’s Home, in Midrand, northern Johannesburg. He likes sport but he is “good at poetry”.

“I write one poem a month,” said John, who has lived at the home for the past eight years.

In one poem, he speaks about scaling obstacles: “If you run into a wall . figure out how to climb it.”

Perseverance is a characteristic he has learned from Anna Mojapelo, the CEO of the New Jerusalem Children’s Home for orphaned and vulnerable children.

Thirteen years ago Mojapelo started looking after a one-week-old orphaned girl at her home in Midrand.

For the next two years she and her sister, Phina, a social worker, looked after eight children.

Many were sick because they had HIV and antiretrovirals were not yet available, Mojapelo said.

By 2010, about 80 children were crowded into their house.

Her strong faith in God kept her going when the home had very few sponsors and she could not afford to hire caregivers.

“We are all called by the Lord in different ways,” she said.

The Department of Social Development started funding the home in 2007 but soon started putting pressure on it to expand its facilities.

When Dr Adrienne Feldner, a volunteer, suggested a “green” home made of shipping containers the board of directors was less than impressed.

“Shipping containers made us think of shacks and squatter camps,” said Mojapelo.

It is surprisingly cool inside, thanks to the breeze blowing through the many windows and the insulation, which includes a roof garden. The new home is designed to make good use of natural light. It runs on solar power and has a grey-water system that recycles water to the garden.

It cost about a quarter of the price of a brick structure and took only six months to build. Most of the assembly was done in a factory.

Children share large rooms and each child has his own wardrobe.

“The privacy has given them a sense of freedom and self-worth. They are proud to be part of New Jerusalem,” said Mojapelo.

This has translated into “a willingness to do chores and an openness to invite friends over”.

“The stigma of living in a children’s home is gone. It’s like a five-star hotel,” said John.