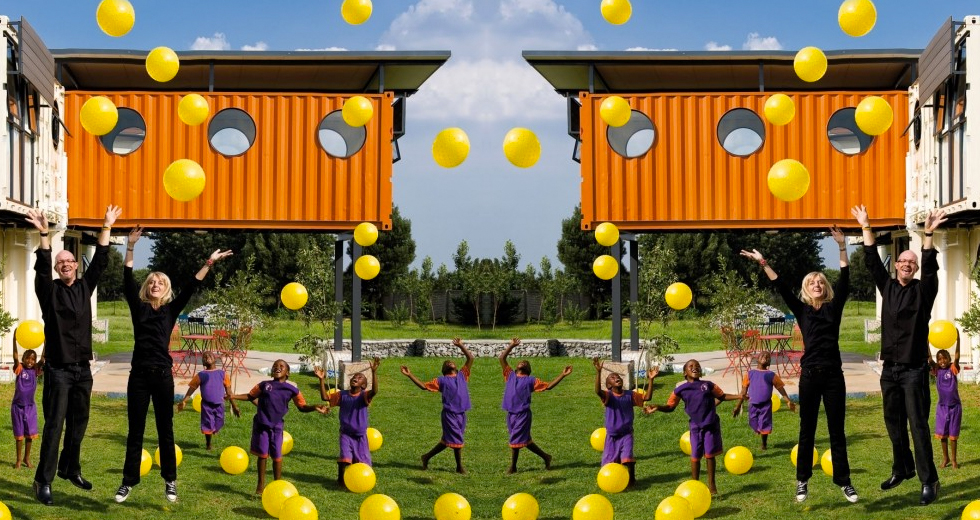 This story of community spirit and some really cool design captured our hearts! An orphanage in Midrand, constructed using 28 shipping containers, has changed the lives of those who live in it – as well as those who created it. The newspaper cutting is carefully protected in a plastic sleeve. It is taken from the Midrand Reporter and shows the colourful splendour of the lego-like container structure  that is the new, New Jerusalem Children’s Home, situated on a smallholding between Johannesburg and Pretoria.

The young girl who lives there has pinned the picture above her bed and written proudly alongside the image: “My lovely home – a five star hotel.” It is an intimate glimpse into the immense impact that the remarkable house has had on the orphans and vulnerable children who moved in a few months ago.

New Jerusalem was started 12 years ago, when sisters Anna and Phina Mojapelo chose to do something about the desperate need in their surrounding community for shelter and protection for HIV orphans and other vulnerable children. An advocate and social worker respectively, they initially opened up their own homes to facilitate this, starting with just one child. Today they shelter over 80 children at a time. When it became apparent that they needed to create a bigger home for the children, they turned to their board for advice. 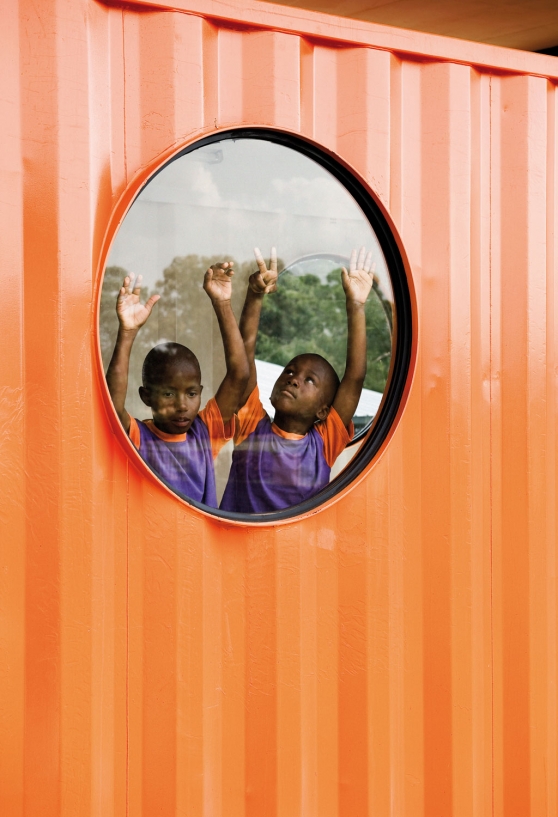 It was New Jerusalem volunteer and fundraiser Adrienne Feldner who initiated the concept of a container home. While the board needed some convincing regarding the idea, she made contact with American architect Adam Kalkin, who was immediately taken with the New Jerusalem project and flew out to South Africa to work with local architects Sean Wall and Mia Anfield. Major donations from the Dutch charity Orange Babies, Metair Investments and the Eskom Development Foundation made the construction possible.

That was only the beginning of the remarkable New Jerusalem story. Because, along with being a refuge for orphans, the home is also a remarkable case study of a green house that has been created by a supportive design and construction community.

South Africa’s most famous landscape architect Patrick Watson needed little convincing to take over the gardens, and some of the country’s leading decor and design suppliers have donated goods and services to make New Jerusalem a reality. New Jerusalem has also installed photovoltaic panels that will enable them to take the house off the electrical grid. In essence, all that is still linking the house is the supply of municipal water and the removal of organic waste. “In time, we hope to delink these as well,” says Adrienne. “When funds become available we will reinstate the borehole and establish a worm farm.” Funding for the PV panels came to New Jerusalem in a novel way. The Dutch division of European supermarket giant Lidl ran a campaign in which a percentage of every LED light bulb it sold in Holland went towards the solar installation at New Jerusalem. Working in collaboration with an organisation called “Do the Bright Thing”, Lidl were able to ensure that the energy used to produce the bulbs in Europe was offset by the energy saved at New Jerusalem.  It is but one story of many about the magic that has accompanied this home on its journey to reality. – See more at: http://www.visi.co.za/content/article/2010/boxing-clever#sthash.tvw1jw1P.dpuf